For the 2nd UPAF Japan Shorts Program, we received 86 entries. 8 of our volunteer staff from diverse backgrounds and preferences selected 9 of them. At the end, we all felt that the works are all UPAF-like, embodying our “life, art, film” theme.  In Program 1, we deliver 5 of them. All with English subtitiles. The ones we translated or re-subtitled are with SDH captions (Subtitles for the Deaf and Hearing-impaired).

Your comments would be appreciated here. Also email to info@unoportartfilms.org or vote for Audience award and include your comments there. We will deliver to the respective filmmakers.

Star watching fans Yuya Osaki and his son Rentaro are gazing at the night sky with a telescope for Rentaro’s homework for the summer vacation. It was dark before the sunrise. Suddenly, zombies attack. They approach them rapidly. Renatro gets separated from his dad. Why is the town filled with zombies now? Will Rentaro get to see his dad again?

Takashi NASU (Director, Writer, Editor) Born in Osaka in 1973. A novelist, screenwriter, producer, actor, DIY researcher, and film director. Takashi joined the theatre group Square in 1998. As an actor, he won the 2002 Japan Internet Theatre Award Excellent New Face Award, and was invited to Pusan International Theatre Festival as a representative from Japan in 2005. In 2011, he won the Grand Prix in the Reform category at the 8th Komeri DIY Contest. In 2015, Takashi made a debut as a novelist with “Kamigata Spirits” (Kino Books). This is his first time submitting a film as a film director to a film festival. 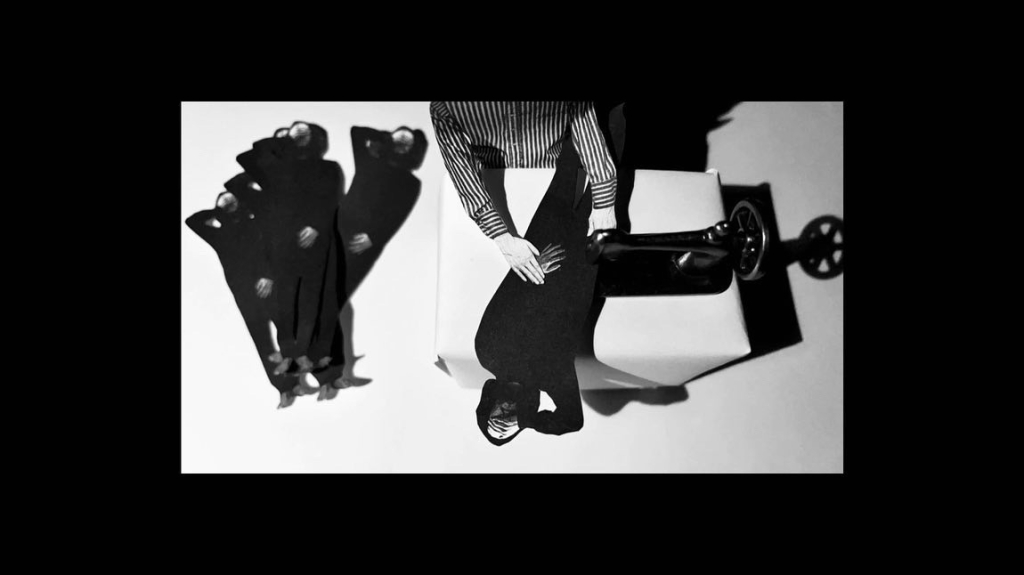 To create this film, I first shot photographs of my movement, and printed them on paper. I then cut out the objects in the photos with a pair of scissors, and filmed them frame by frame to complete the animation sequence. This method gave a peculiar mood and depth to the film with paper texture, more interesting than a simple live action, puppet, or 2-D animation. Surrounding the set by black on all sides was to express the mood of the work effectively, as it matches with the minimalist set design with least decoration.

Riki Sato (Director, Camera, Editor, Actor) Born in Yokohama in 1996. Riki’s first short film “THE BACKSIDE OF A FORK” won THE MOST REPRESENTED VIDEO AWARD at the Wild Out Video Festival in Taiwan in 2021.

This is a story of myself [Takashi OKADO] when I loved drawing manga alone. When I was drawing manga alone in school, somebody was always shadowing me. “A… Am I stalked?” I hid in a car trunk. The moment I felt at ease that I wouldn’t be found anymore, the trunk closed and I was locked inside. Then my cell phone died. I was in a pinch.

Takashi OKADA (Co-director) Born in 1988 in Nara. Takashi is active as an actor appearing on TV, film, and CM, while he also makes films. Cockroach, a short film he planned and co-directed gained recognition at film festivals in and out of Japan, winning Award for Excellence at Short Short Film Festival & Asia 2018, and Best Comedy Award at NexGn International Short Film Festival in England. Takashi recently ventured out to be a voice actor for the first time, playing the lead role in Cherry and Virgin, a feature-length animation film slated to be in the thearres throughout Japan in 2022.

Yuki KEDOIN (Co-director) Born in 1987. Yuki studied acting at Watanabe Entertainment College. Since graduating, he has been active mainly as a stage actor. He has been recognized and chosen as an emerging stage actor since 2018. “Violate a Demon,” a play for which he performed the lead role, won the Sun Mall Studio Best Group Award in 2019. In recent years, he has appeared in movies as well as in The Naked Director on Netflix. He was awarded an emerging artist overseas fellowship from the Agency for Cultural Affairs of the Japanese Government and currently resides in Canada. This is Yuki’s directorial debut. 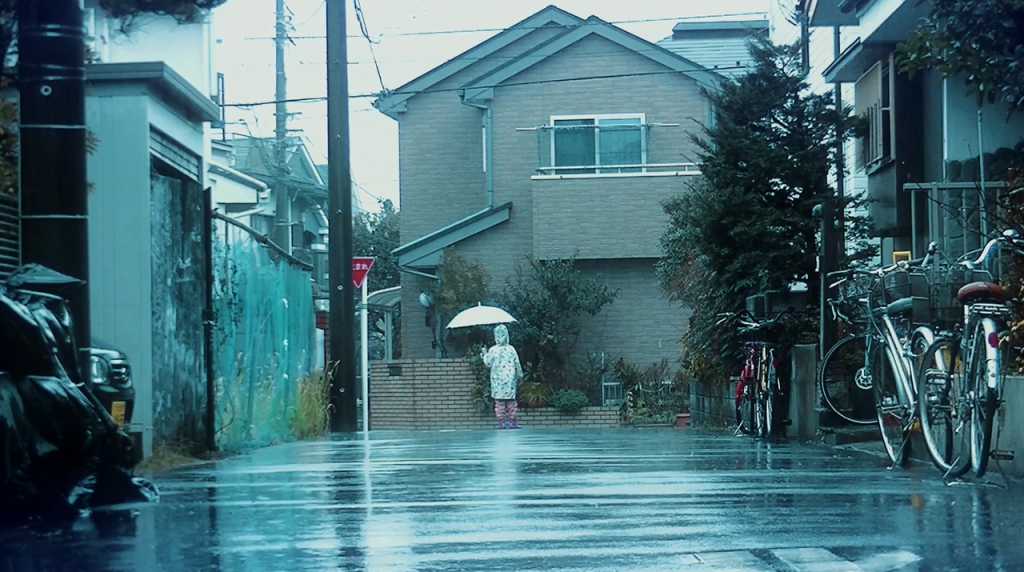 A little girl’s love story. One day, she receives a letter from a boy from a class next door, and they become closer. They go to school together, and make side trips on their way home. But those fun days are cut short when the boy suddenly disappears. The girl longs for a day to see him again, and days go by without him on her side. Soon the summer will be here. A little love story before the hot summer arrives. 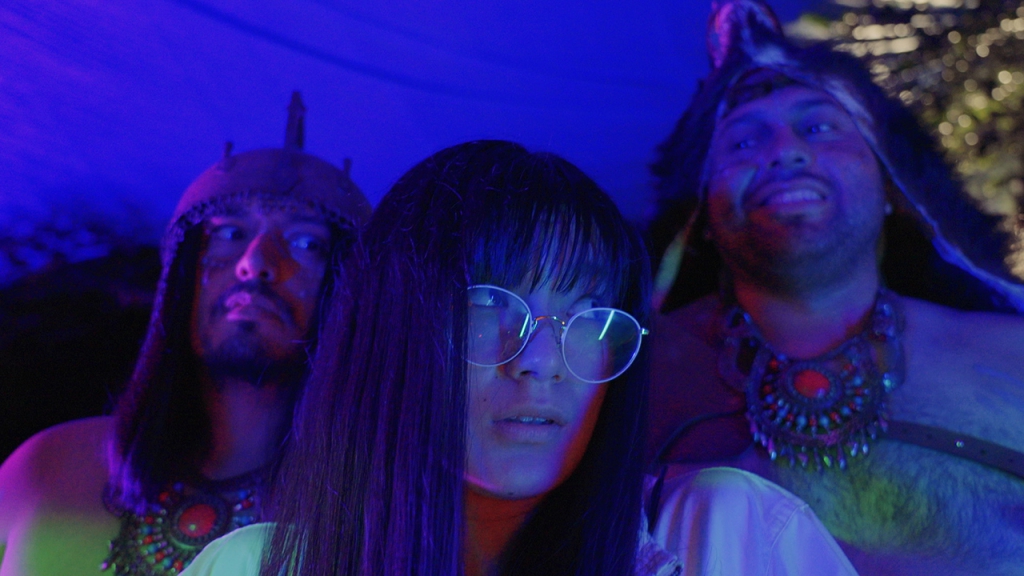 Kiriko (Kirara Inori) is a student of Ethnology at a college in Tokyo. Kiriko joins a paid drinking party gig (gyara-nomi, in which girls are paid by guys for coming to drink with them at a bar or izakaya) invited by Haruka, her childhood friend, but feels out of place and uncomfortable. Another day soon, the members of the drinking party go on a camping trip, but Kiriko gets lost in the mountain by herself. Kiriko is scared and wonders about the dark mountain road. She finally finds a lit tent. But inside the tent is a group of odd people in strange costumes. A blind old woman, a midget, giants with bear fur coats… As if pulled into a dream, Kiriko spends time with this weird bunch…